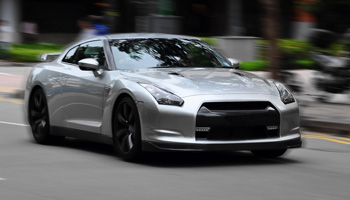 At Accu Tint, we use only the highest quality window tinting film when working on your vehicle. Our film is expertly installed by our trained technicians to eliminate the annoying bubbles between your glass and your film. We’re proud to offer several types of tinting film for your vehicle. Today, we’ll take a look at those types so you can better understand the difference between them.

Dyed Film
Dyed window film is the industry standard for quality car tinting film and one of the most budget-friendly options we offer. While it’s an older material, many of our customers have been more than satisfied with its performance. Dyed film is created by placing a dyed piece of film in between layers of scratch-resistant film and liners. While the darkness of other films fade over time, our dyed film is dye-stable and designed to provide you with years of use without losing any darkness.

Metallic Film
Metallic films offer fantastic UV blocking capabilities, protecting you and your passengers from sun damage while also reducing the greenhouse effect in your vehicle. This film is completely dye-free and uses a thin layer of metal to create the darker color without the use of chemical dyes. Metallic film is the best choice for maximizing the amount of light let into your car while lowering your car’s interior temperature. Best of all, the film is the most fade-resistant film on the market.

Ceramic Film
Our ceramic film is one of the most durable options available. The film is particularly good at reducing glare as you drive. Like all the other films, ceramic film provides great UV protection, protects your interior from fading, and gives you a sense of privacy inside your vehicle. Ceramic films typically outlast other films, but it will cost more up front.

No matter what kind of car window tinting film you decide on, the experts at Accu Tint will install it right the first time. Schedule an appointment today!